Protecting the Environment by Phasing Down HFC Refrigerants

Environmentalist groups, the U.S. Chamber of Commerce, the National Resource Defense Council, and multiple refrigeration and HVAC industry associations have long desired an organized, federally approved phasedown plan for hydrofluorocarbons (HFC) refrigerants. HFC refrigerants initially were introduced as replacements for ozone-depleting refrigerants and have a low ozone depletion potential score (ODP) of 0.05 compared to chlorofluorocarbons CFCs which have an ODP of 1. However, HFCs still have thousands of times the heat-trapping potential of carbon dioxide, and are considered greenhouse gases that contribute to global warming. 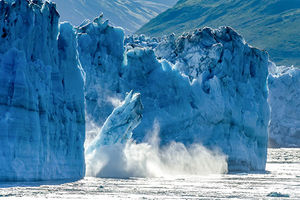 Environmental groups and governments around the world have been concerned about ozone depletion since the Montreal Protocol agreement was signed in 1987 when scientists urged action to inhibit the depletion of the earth’s ozone layer. Back then, it was recommended that we begin to phase out the use of ozone-depleting refrigerants and propellants substances like CFCs and HFCs.  In response to the growing refrigerant and propellants concern, worsening climate change and the need for greenhouse gas emission reduction, the most significant congressional action was created, the American Innovation and Manufacturing (AIM) Act. On December 21, 2020, the U.S. House and Senate included the AIM Act’s language in legislation passed by Congress. The HFC deal and the emission phase-down bill is a particularly important step in regulatory policy climate advocates say that could help avoid half a degree Celsius in global warming. “From a climate protection point of view it’s a very big deal," said David Doniger, Senior Strategic Director for the Natural Resources Defense Council’s climate and clean energy program. “HFCs are growing fast, especially in other parts of the world, and if they were left to grow unregulated, the projections are that you would see an extra 70 billion [metric] tons of CO2 equivalent by 2050," he added. 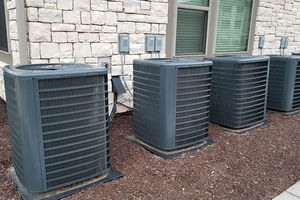 In conjunction with federal legislature updates, at the end of 2020 California became the first state to adopt new regulations that will phase down the use of HFC refrigerants in commercial and industrial stationary refrigeration units, such as those used by large grocery stores, as well as commercial and residential air conditioning equipment. Manufacturers in CA now have until Jan. 1, 2025, in order to meet a mandate of requiring a 750 GWP (global warming potential) limit for most types of air conditioning equipment. Under these new rules, starting in 2022, there is also a 150 GWP limit for new or fully remodeled facilities that utilize commercial refrigeration equipment containing more than 50 pounds of refrigerant. In existing facilities, there are different GWP requirements, which vary by end use. The 150 GWP limit essentially affects all non-residential systems and facilities that use systems above the size threshold, including retail food facilities like supermarkets and grocery stores. Equipment manufacturers also will comply with a new Refrigerant Recovery, Recycle and Reuse program – or R4 program. This refrigerant recycling program will put responsibility for compliance on manufacturers, and they will also be required to use some recycled refrigerant in their air conditioning equipment.

Alternatives on the Horizon

Low GWP alternatives to HFCs consist of natural refrigerants like carbon dioxide, ammonia, and hydrocarbons. Additionally, the next generation of synthetic refrigerants — HFOs — are under rapid development. The EPA estimates that a just 10% reduction in refrigeration energy usage is the equivalent to increasing supermarket net profit margins by 16%. Energy.gov states that using a new energy efficient air conditioner with alternate refrigerants can save 20 – 40% in energy cost per year.