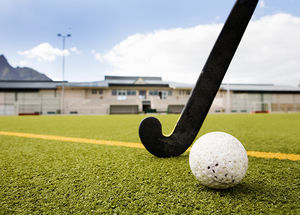 The University of Maryland’s field hockey program has become known for a tradition of excellence achieving records of seven NCAA championships and 13 conference season championships - solidifying the Terrapins' position among the top teams in the nation. Maryland has played its home games at the Field Hockey & Lacrosse Complex since its grand opening in 2003. The facility, which the field hockey team shares with the school's women's lacrosse program, has a seating capacity of 2,000 and meets the highest field standards of the Federation of International Hockey. The playing area of the field hockey pitch which is approximately 300 feet in length by 180 feet wide, was ready for a new hockey system that included new turf and an underlayment padding.