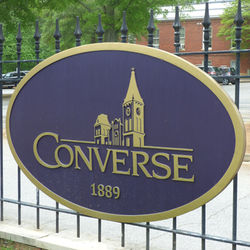 Waldrop Mechanical Services and sub-contractor, Dean Hall Insulation, insisted on using AP Armaflex® closed-cell elastomeric foam insulation on all of the chilled water piping during recent renovations to Wilson, Pell and Dexter Halls, as well as the energy plant.  Both contractors felt that the near-zero moisture permeance and low thermal k of Armaflex was essential to protecting the buildings from pipe condensation and any subsequent moisture damage.

Protecting the Past (and Future)

All three halls were built in the late 19th century and are considered iconic to the history of Converse College.  The delicate renovation to these buildings revealed numerous century-old details including bead boarding, handmade chair rails, and hand painted decorative flourishes around windows, all of which were painstakingly restored.  Exposing such details to the risk of condensation from chilled water piping was not an option.  AP Armaflex provided Waldrop and Dean Hall with the peace of mind they wanted upon completing the project.  Additionally, AP Armaflex’s compact structure helped solve the problem of navigating insulated hot water piping through tight spaces to get to the fan coil units above individual dorms. 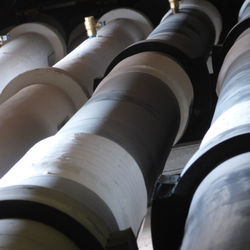 That’s sound insurance to any college undergoing costly renovation to historic buildings.  Timelines and budgets often compromise certain aspects of such projects, but protecting the property from moisture damage due to condensation is worth the investment. Waldrop, an award winning mechanical contractor that specializes in demanding and often historic renovations, has learned which products are an asset on such projects and which are not.   The company uses Armaflex on the majority of their projects and associates it with long-term satisfaction and the least risk for moisture related callbacks.

The Converse College renovation was completed just before the beginning of the 2014-2015 school year and included replacement and redesign of several thousand feet of HVAC piping – much of it hidden behind plaster walls and ceilings, and above and below precious architectural treasures.  Read a more more detailed Job Story about the renovation here.